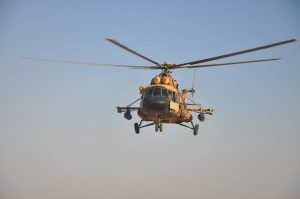 At least six militants belonging to the Taliban group and ISIS were killed during separate operations conducted in eastern Nangarhar province of Afghanistan.

The Ministry of Defense (MoD) said Saturday a least three Taliban insurgents were killed during the Afghan army operations in Ghani Khel and Mohmand Dara districts.

A statement by MoD said at least one insurgent was also detained and one of their vehicles, a motorcycle, and some weapons and ammunition were also destroyed.

In another statement, the Ministry of Defense said at least three ISIS militants were killed after their hideout was targeted in an airstrike in Achin district.

The anti-government armed militant groups including the ISIS and Taliban insurgents have not commented regarding the report so far.

Nangarhar is among the relatively calm provinces in East of Afghanistan where fewer incidents have been reported since the fall of the Taliban regime.

However, since the year 2014, reports continue to emerge regarding the growing insurgency activities of the ISIS terrorist groups in some remote parts of the province, including Achin.
The Taliban group militants are also active in some districts of Nangarhar and often carry out insurgency activities despite operations underway to suppress their activities.