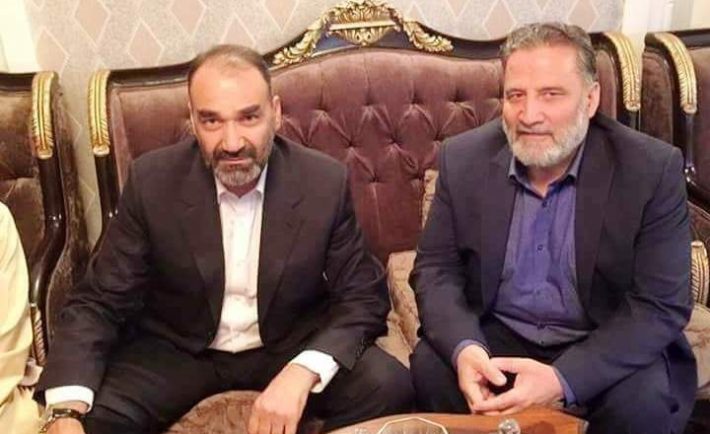 The newly-appointed provincial governor of the northern Balkh province Engineer Mohammad Daud arrived to Mazar-e-Sharif city, the provincial capital of Balkh province late on Tuesday night.
According to the informed sources, Eng. Daud has visited the Balkh province to participate in the funeral ceremony of his father.

The sources further added that Eng. Daud was escorted by a large number of the security forces as he landed in Mawlana Jalauddin Balkhi International Airport.

This comes as tensions still remain high between the government and the ousted governor of Balkh province Ata Mohammad Noor over his dismissal from the provincial political leadership.

Noor who is also the chief executive of Jamiat-e-Islami had earlie warned that Eng. Daud would not be allowed to assume the office as the new governor of Balkh province.

Insisting that he is the current governor of Balkh province, Noor says no one, including the President can dismiss him from the Balkh government leadership.

According to Noor, his party is one of the main pillars which formed the unity government and he will only leave the office once the Jamiat-e-Islami party reaches to an agreement with the government.