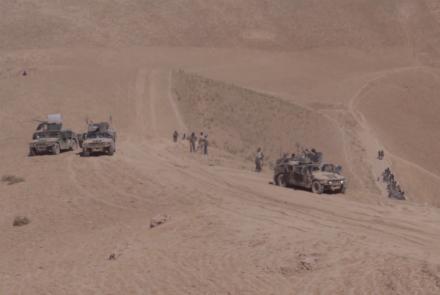 At least 17 members of public uprising forces and a local police were killed when the Taliban militants attacked them in northern Balkh province of Afghanistan on Saturday night, a security official said.

The incident has taken place during the night in Buzboy village in Sholgara district of Balkh province when a Taliban infiltrator had allowed the militants into the area.

“Unfortunately, the insurgents have martyred a local police and 17 public uprising forces including Haji Abdul Hameed and his son who was an influential local figure and head of the uprising forces,” said Abdul Raziq Qaderi, provincial deputy police chief.

According to the security official, the alleged Taliban insider has escaped the scene and joined the insurgent group.

Zabihullah Mujahid, a Taliban spokesman said the group carried out the attack and that 18 weapons were also seized.

In addition, Mujahid confirmed that one of their fighters was killed and another was injured in the clashes with the uprising forces.

Sholgara is among secure districts in Balkh province which is located 50 kilometers away from the capital Mazar-e-Sharif City.

The village which came under the Taliban attack is having a border with volatile Sar-e-Pul province and is known for their resistance to the Taliban insurgency.