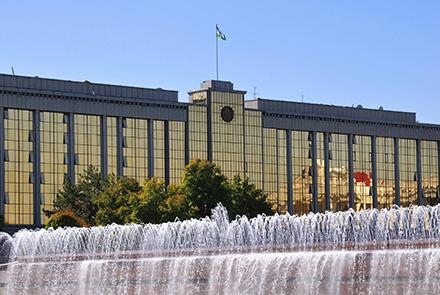 According to uzdaily.com, the conference will take place on March 26 and 27, and will be held in the country’s capital Tashkent.

This comes on the heels of the recent Kabul Process meeting where Afghan President Ashraf Ghani laid out a detailed peace offer to the Taliban.

Representatives from 25 countries, the European Union and the UN and NATO all attended the one-day summit.

Uzdaily reported that the upcoming meeting aims to get conference participants to express a consolidated position on the necessity of starting direct negotiations between the Afghan government and the Taliban.

The conference will be summed up by a Tashkent Declaration, that will reflect the main points of the discussion, according to the report.

“Uzbekistan put forward the idea to hold the Tashkent conference not as a one-time event only, but will rather put serious efforts both at the bilateral and multilateral levels to promote peaceful political process in Afghanistan,” the Uzbek Foreign Ministry said was quoted by uzdaily.com as saying.