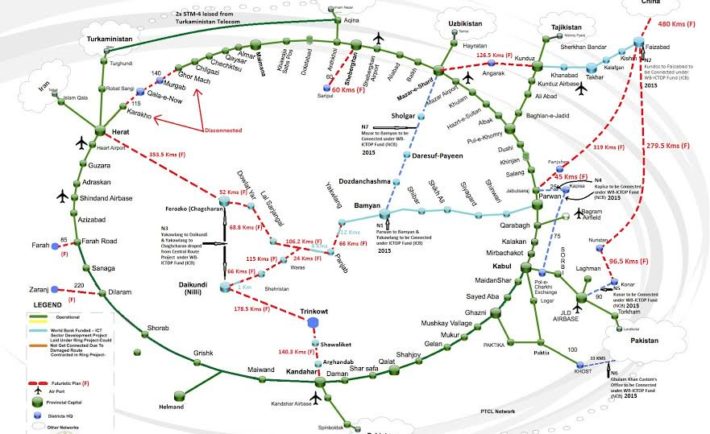 A statement by ARG Palace said the contract was signed in the presence of President Mohammad Ashraf Ghani on Sunday afternoon.

Apart fromt the signing of the investment licensing contract for the National Fiber Optic Network, other important economic issues were also discussed during the meeting of the High Economic Council.

According to ARG Palace, the other issues included the budget of the Afghanistan Telecommunication Regulatory Authority as well as the use of technology in Education and Health sectors.

It was decided in the meeting that the draft budget of the Afghanistan Telecommunication Regulatorty Authority for the fiscal year 1397 should be presented in the next meeting of the High Economic Council for further discussions.

The Office of the President said the meeting also discussed the draft plan presented by the Civil Aviation Authority regarding the evaluation of the market of private airlines in Afghanistan.