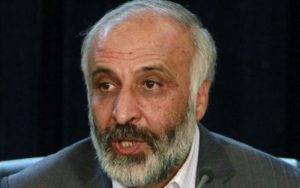 The head of the parliamentary committees on Wednesday decided regarding the impeachment of Mr. Stanikzai to brief the lawmakers regarding the growing instability.

The Lower House speaker Abdul Rauf Ibrahimi said the intelligence chief will be impeached on Wednesday.

Ibrahimi further added that the majority of the committee heads of the parliament voted to include the impeachment issue of Mr. Stanikzai in Wednesday’s session.

The decision by the committee heads attracted mixed reactions in the Lower House as some of the lawmakers call the decision as illegal and unjustified.

However, some other lawmakers support the decision by the committee heads considering the growing instability in the country.

The supporters of the decision are saying that the top security officials including the intelligence chief Masoom Stanikai have remained short to ensure security.

This comes as the lawmakers in the Lower House of the Parliament had impeached top security officials to the house three weeks ago.

The officials summoned in the session included the minister of defense, minister of interior, and the intelligence chief.