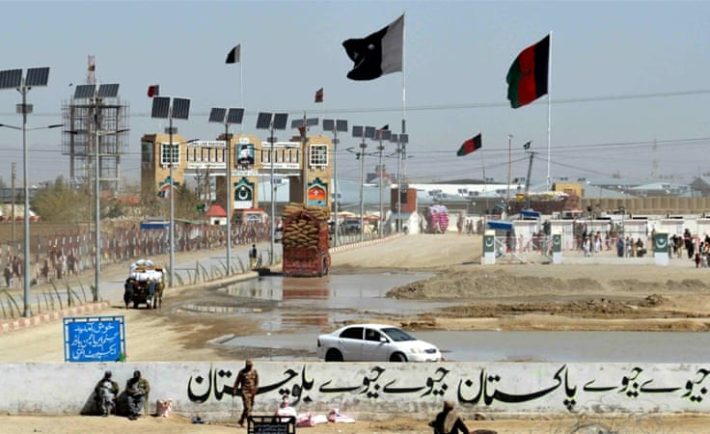 Islamabad, Pakistan – Pakistan has temporarily closed its consulate in the eastern Afghan city of Jalalabad over alleged interference by the provincial governor and a lack of security, its embassy in Kabul announced.

In a letter sent to the Afghan foreign ministry, Pakistan’s embassy in Kabul complained that the provincial governor of Nangarhar was “intervening” in the affairs of the consulate.

“The Embassy has requested the Ministry of Foreign Affairs of Afghanistan to kindly refrain the Governor from interfering in the functioning of the Consulate General,” said a statement released by the Pakistan embassy on Friday.

Pakistan also reiterated an oft-repeated request for greater security to be provided to the consulate.

According to the letter, the consulate will remain closed until adequate security arrangements were made. 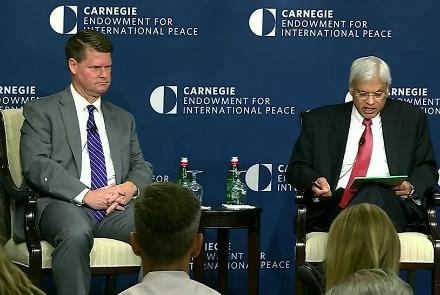 A senior official of the US Defense Department has said that signs of improvement have been seen in talks with the Taliban as he addressed a debate at the Carnegie Endowment for International Peace.

Randall Schriver, Assistant Secretary of Defense for Asian and Pacific Security Affairs, said at the debate that Taliban can be part of a stable political future.

He said one of the main points of the talks between the US and India defense secretaries would be ways to find a solution for the Afghanistan crisis.

“We are seeing some signs that a political process is moving. President (Ashraf) Ghani is pursuing another ceasefire and we will see if the Taliban are going to step up to that,” he said. 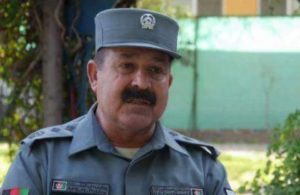 According to the provincial police chief, more than two thousand militants from neighboring provinces were involved in the attack over the city and the attackers aimed to establish a stronghold in the strategic province after being collapsed.

“Farah is valuable for Iran. Iran is funding and providing equipment for the Taliban fighters in the province,” said Fazel Ahmad Shirzad the provincial police chief.

Meanwhile, provincial governor Baseer Salangi said the militants are staging attacks repeatedly since three months, but they have failed to reach to their goal.

Farah is among the volatile provinces in west of Afghanistan and the Taliban insurgent group is actively operating in Anar Dara, Bala Buluk, Pusht Road, Khak Safid, Gulistan, and Shibkoh districts of the province in recent years. 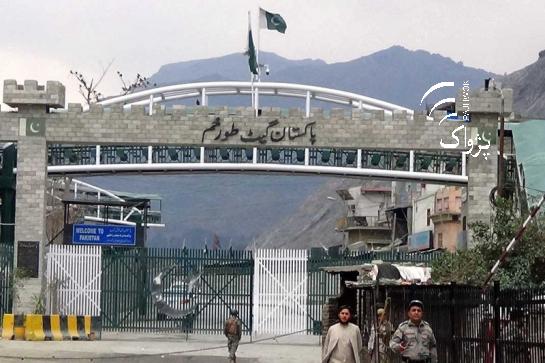 Participants of a daylong conference in Peshawar have asked the government of Pakistan to issue Afghan traders with visas at the Torkham border crossing.

Attended by trade leaders and political figures, the all parties conference (APC) presented the government with the first-ever Charter of Economy (CoE)aimed at boosting Khyber Pakhtunkhwa’s economy.

While seeking abolition of the regulatory duty on imports from Afghanistan, they called for concrete measures to facilitate trade with Afghanistan.

The government was urged to provide infrastructure, including the Internet, banking and electricity facilities at the Ghulam Khan, Kharlachi and other custom stations in the tribal belt. 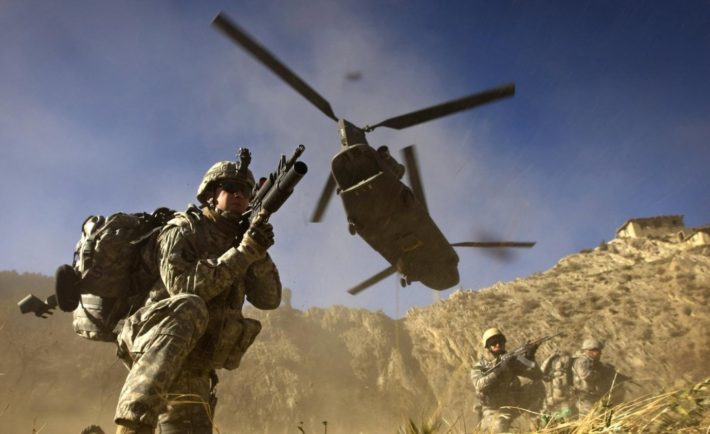 According to an in-depth investigation conducted by BBC News reporters in late 2017, the Taliban fully control four percent of Afghanistan’s districts and “have an active and open physical presence” in 66 percent of the remaining ones. They found that roughly half of the Afghan people “are living in areas that are either controlled by the Taliban or where the Taliban are openly present and regularly mount attacks.”

These findings should give pause to observers who believe that the United States is, or will presently be, poised to turn the tide in Afghanistan enduringly. There are currently fourteen thousand U.S. troops stationed there, up from 8,500 when President Trump took office, and the Army is recommending that the president authorize the deployment of an additional one thousand troops. For much of 2011, by comparison, there were nearly one hundred thousand U.S. troops in Afghanistan. While that earlier surge did reduce the Taliban’s control and extend that of the Afghan government, neither trend lasted. It is difficult to see how the present force would be able to accomplish what one nearly seven times as large could not; it would be unlikely to have more than marginal impact, and even then for only as long as the deployment was sustained.

The United States has now been at war in Afghanistan for over sixteen years, at a cost of over $1 trillion; Atlantic Senior Editor Krishnadev Calamur noted last month that the Taliban “now controls . . . more territory than at any point since the U.S.-led invasion”; and the United Nations Office on Drugs and Crime reported this past November that both the level of opium production and the area under opium poppy cultivation in Afghanistan reached record highs in 2017. 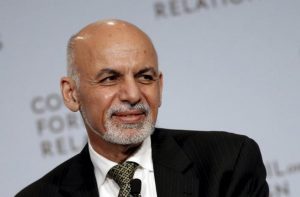 President Mohammad Ashraf Ghani says all Afghan refugees should return back to Afghanistan particularly from Pakistan in next twenty four months.

Speaking during a gathering to mark the 29th year of the withdrawal of the Soviet forces from Afghanistan, President Ghani said the government is committed to bring changes in its priorities in a bid to pave the way for the return of the refugees.

President Ghani further added that he wants all the refugees to return to the country in the next 24 months, insisting that the government does not want the issue of the refugees remain an excuse for the Pakistani authorities.

This comes as the foreign ministry of Pakistan in reaction to a drone strike on Haqqani terrorist network member said last month that “Pakistan has also been stressing the need of early repatriation of Afghan refugees as their presence in Pakistan helps Afghan terrorists to melt and morph among them.”

The Chief of Defense (CHOD) conference held on Monday in Kabul, aiming to discuss and bargain on counter-terrorism and narcotics in the region.

“Our demand from other partners in the conference was to take a joint position against Pakistan that supports terrorism and jointly press Islamabad to stop supporting and sponsoring terrorism,” said Dawalat Waziri, spokesman of MoD.

The Afghan government is said to believe that extremism and supporting terrorism become a part of Islamabad’s foreign policy that cannot be changed.

“It would be impossible to have an honest partner in fight against terrorism as long as Pakistan uses this policy,” Tamana Farmarz, head of the foreign ministry’s strategic studies said.

Afghan politicians have always expected Pakistan to change its strategy in fight against terrorism. 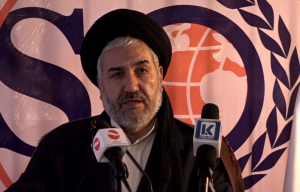 More than 7,000 Afghans are in Pakistani jails while 5,124 more are in prisons in Iran, the Ministry of Refugees and Repatriation said on Thursday.

Sayed Hussain Alemi Balkhi, Minister of Refugees and Repatriation said that the exact numbers of Afghans in Pakistani jails are not clear yet but currently, there are 7,000 Afghans are in prisons in Pakistan.

Recently, more than 600 Afghan prisoners have been transferred to Afghanistan from Iran, where they will complete the remaining judicial processes in accordance to the Afghan laws.

The prisoners have been transferred to Afghanistan based on the government’s signed agreement to exchange prisoners with Iran. 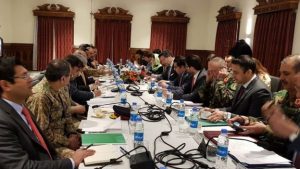 A delegation of senior Pakistani officials on Saturday visited Kabul and discussed on range of bilateral issues with Afghan counterparts.

The delegation has offered a joint investigation into the recent terrorist attacks in Kabul.

A spokesman for the ministry of foreign affairs of Afghanistan, Shekib Mustaghni said that the Pakistani delegation has launched probing the documents given by the Afghan delegation on their trip to Islamabad. 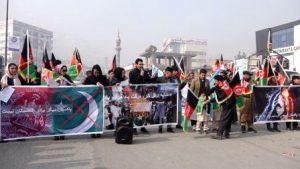 Following the series of terrorist attacks across Afghanistan, dozens of Kabul residents on Thursday protested against Pakistan and the Taliban.

The protestors who staged a peaceful rally in Kabul, blamed Pakistan of being involved in recent deadly attacks in Afghan capital which left hundreds of people dead and wounded.

“Pakistan clearly have been working to destroy Afghanistan; today the world knows that Pakistan is supporting terrorists,” said Bahauddin Jowzjani, a protester.

The demonstrators who were chanting “Death to Pakistan, ISI and Taliban”, asked the government to execute Anas Haqqani – the son of Jalaluddin Haqqani, the former anti-Soviet guerrilla commander who founded the terrorist network. Anas is currently under the Afghan government’s captivity and three court’s have ordered death penalty against him.