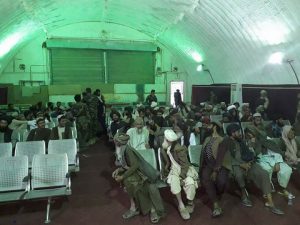 The Afghan Special Forces have rescued 105 people including women from a prison run by the Taliban group in southern Helmand province of Afghanistan.

The provincial government media office in a statement said the at least five women were among those rescued during the operation in Kajaki district.

The statement further added that the hostages were released during an operation late on Wednesday night.

According to governor’s office, the operation was conducted by the Commando forces of 7th Kandak in Sur Kariz and Deh Baba areas.