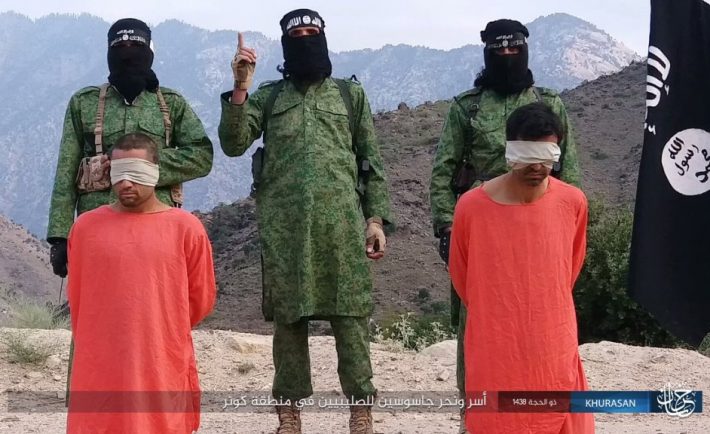 The loyalists of the Islamic State of Iraq and Syria (ISIS) terrorist group in Afghanistan, ISIS Khosan, have beheaded two civilians on espionage charges in eastern Kunar province.

According to the local officials in Kunar, the men were initially taken hostage and were later beheaded on charges of spying to the foreign forces and the government.

Provincial governor Wahidullah Kalimzai confirmed the incident but rejected the claims by the ISIS terrorist group regarding the involvement of the victims in espionage.

The terrorist group has released pictures of the hostages and claimed that the men were beheaded in Manogi district.