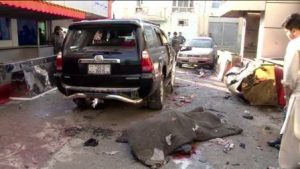 At least one killed and two injured in a suicide attack in Mazar-e-Sharif City, the capital of northern Balkh province of Afghanistan, police official said Thursday.

The explosion took place early this morning while Haji Ghani Marmuli, a well-known businessman and tribal elder, was going to a restaurant for breakfast in Darwaze Shadian area, General Baba Jan the commander of 707 Pamir Police Zone in the north told Ariana News.

According to the police official two more people were also injured in the incident including a bodyguard of the businessman.