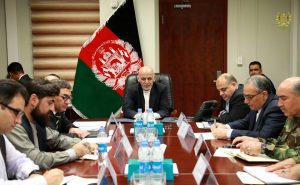 The Office of the President, ARG Palace, in a statement said the governor of Ghazni, commander o 203rd Thunder Corps, Police Commander of the 303rd Spinghar Zone, Ghazni Police Chief, and the National Directorate of Security Chief had also participated in the video teleconference  and shared their reports regarding the security and social situation of Ghazni to the President.

The provincial governor of Ghazni shared information regarding the resumption of the activities of administrative institutions as well as the process of delivering aid to the needy people.