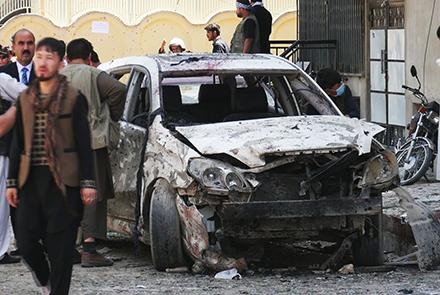 The ministry said on Tuesday that nine children had been killed and another 18 wounded in the suicide bombing.

Sunday’s suicide bombing targeted a population registration center in Dasht-e-Barchi in Kabul city, where dozens of people had gathered to apply for their ID documents in order to register to vote.

The suicide bomber reportedly detonated his explosives among the crowd outside the offices.

Daesh claimed responsibility for the incident.

Since April 14, the start of the voter registration process, five attacks have been carried out on election-related facilities across the country.