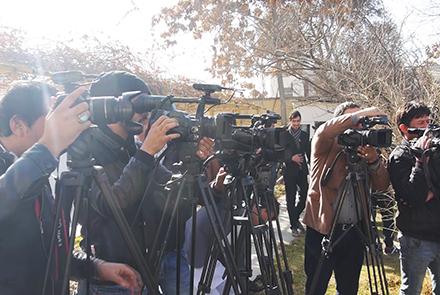 Reporters Without Borders (RSF) said in a report on Tuesday that Afghanistan was the third deadliest country in 2017 for violence against media workers.

A total of 65 journalists and media workers were killed in 2017, the lowest toll in 14 years, figures released by the RSF reveal.

The non-governmental organization said 60 percent of those killed had been murdered.
It added that 326 people working in the media – including 202 professional journalists – are also being detained.

According to RSF, 26 people “were killed in the course of their work, the collateral victims of a deadly situation such as an air strike, an artillery bombardment, or a suicide bombing.”
The report said the remaining 39 “were murdered, and deliberately targeted because their reporting threatened political, economic, or criminal interests.”

Overall, RSF said, the decrease in deaths is due to journalists fleeing “countries such as Syria, Yemen and Libya that have become too dangerous.” But it also noted “a growing awareness of the need to protect journalists.”